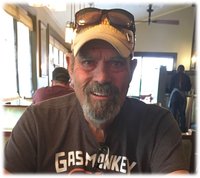 Glenn D. “Sluggo” Cooper, of Independence, KY passed away on Thursday, March 19, 2020 at St. Elizabeth Hospital in Florence, KY at the age of 79.

He was born in Covington, KY on August 11, 1940; the son of the late Delmar and Fairy Cooper. Sluggo spent time as a Sergeant in the United States Army during the Vietnam War. He earned several awards and commendations during his tenure and was proud to have served his country and be called a veteran. Sluggo retired from CG&E/Duke Energy having worked as a supervisor of underground electricity. In his spare time, Sluggo had many passions. He served as a Mason and a Kentucky Colonel. He loved to work on and show off his old cars, especially his 49’ Chevy Fleetline Deluxe. He owned two classic Corvettes and was the chaplain for the local Vettes for Veterans Corvette Club. Sluggo enjoyed drag racing and loved to watch and go see Nascar at the Kentucky Speedway. Other interests included soaking up the sun on the beaches of Florida, hunting, golfing, and rooting for his hometown sports teams such as the Cincinnati Reds, Cincinnati Bengals and the University of Kentucky basketball. Sluggo also dabbled in wood working and metal crafting. He was extremely talented and even made a replica Civil War canon which can still be seen among the landscaping at his home. Even with all these interests, his greatest joy came from spending time with his cherished family, especially his grandchildren.

Sluggo was preceded in death by his parents and his brother, Rayburn Cooper.

Those surviving to cherish Sluggo’s memory and keep his legacy alive include the love of his life whom he was married to for 48 beautiful years, Sheila Cooper; caring children, Brian (Cissy) Cooper, Tara (Eric) Higgins, Bradley (Missy) Cooper and Rebecca Henke; grandchildren, Daniel Cooper, Lily Cooper, Henry Cooper, Christian, Brittany and Jesse; faithful four-legged companion, his mini schnauzer Maggie; as well as many other close relatives and friends.

Due to new regulations set by the State of Kentucky, the services for Sluggo will be handled in private. The family is planning to have a public memorial once these regulations subside. We appreciate everyone’s understanding during this time. He will be laid to rest in the veterans section of Floral Hills Memorial Gardens Cemetery in Taylor Mill, KY.

To leave a message of condolence or share a memory of Sluggo to let them know you are thinking about them during this difficult time, as well as view the Celebration of Life tribute video, please visit the correspnding tabs on this page.