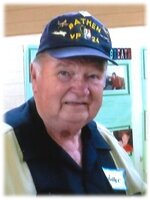 Walter Ralph “Walt” Wilhelm, a resident of Walton, KY passed away at the University of Cincinnati Hospital on Wednesday, November 17, 2021 at the glorious age of 87.

He was born in Cincinnati, OH on May 27, 1934; the son of the late Elmer and Laura Wilhelm. Walt was a proud veteran having served as a Plane Captain in the United States Navy. He was also a longtime member of All Saints Catholic Church in Walton, KY and was a member of the Knights of Columbus. Walt worked as a diesel repairman, having owned his own company. In his spare time, Walt often enjoyed fishing, playing cards, dancing, singing, collecting and shooting guns and listening and playing music which Walt could on violin and guitar. He also loved to travel the countryside and see this great nation, enjoyed vacationing with his family and often traveled down to the river camp. Walt’s greatest joy, however, came from spending time with his family, especially his grandchildren and great-grandson.

Preceding Walt in death were his parents; the mother of his children, Dolores Wilhelm; a brother-in-law, Albert Sicking; a daughter-in-law, Lisa Vickers and a son-n-law, Ben Bassett.

A visitation for Walt will be held from 10:00 AM until 12:00 PM on Wednesday, November 24, 2021 at All Saints Catholic Church, 62 Needmore Street, Walton, KY 41094. A Mass of Christian Burial will immediately follow at 12:00 PM at the church. Fr. Matt Cushing will preside over the services. Walt will then be laid to rest at St. John’s Cemetery in Ft. Mitchell, KY.

In lieu of flowers, the family asks that expressions of sympathy in Walt’s name be made to the Wounded Warrior Project, P.O. Box 758516, Topeka, Kansas 66675.

For directions, to leave a condolence message for the family or to share a fond memory of Walt, please visit the corresponging tabs on this page.