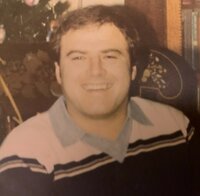 Steven “Steve” Dale Halderman, 71 passed away Friday, November 19, 2021 at St. Elizabeth Health Care in Edgewood, KY.   He was born on Septermber 9, 1950 in Covington, KY to the late William and Barbara Petticord Halderman.

Steve proudly served in the United States Army in the military police division, stationed in Germany.  He worked as a US postal worker for many years before he retired. He loved horseracing and enjoyed vacationing on the warm beaches in Cocoa Beach, Florida. Steve also enjoyed watching pro basketball and was an avid Cincinnati Reds fan.  However, his greatest love was spending time with his family, who will miss him greatly.

In keeping with Steve’s wishes, there will be no formal services held at this time.

If you would like to leave an online condolence for the family or to share a fond memory of Steve, please visit www.chambersandgrubbs.com.