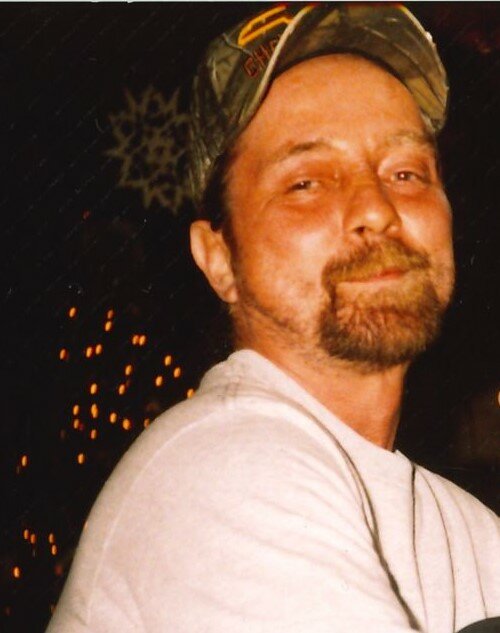 Please share a memory of Stevie to include in a keepsake book for family and friends.
View Tribute Book

Stevie Woodall of Ryland Heights, age 58, passed away on Saturday, August 13, 2022 at St. Elizabeth Healthcare in Edgewood, KY. He was born in Covington, KY on January 22, 1964 to the late Gene and Wanda Woodall. Stevie drove a dump truck for many years. In his younger years, he enjoyed fishing, hunting, and singing karaoke. He also had a passion for older cars and trucks. Most of all, Stevie loved to spend time with his close friends and family, especially with his grandkids. He was a dad, grandpa, brother, and friend who will be missed beyond measure.

A visitation will be held on Thursday, August 18, 2022 from 11:00 AM until 1:00 PM at Chambers and Grubbs Funeral Home, 11382 Madison Pike, Independence, KY 41051. The funeral service will begin at 1:00 PM at the funeral home. Immediately following the service, Stevie will be laid to rest in the Woodall Family Cemetery in Ryland Heights. Memorial donations can be made in his name to Cincinnati Children’s Hospital at https://give.cincinnatichildrens.org/site/Donation.

To share a memory or to leave an online condolence to the family, please visit the tribute wall above.

To send flowers to the family or plant a tree in memory of Stevie Woodall, please visit Tribute Store
Thursday
18
August

Share Your Memory of
Stevie
Upload Your Memory View All Memories
Be the first to upload a memory!
Share A Memory
Send Flowers