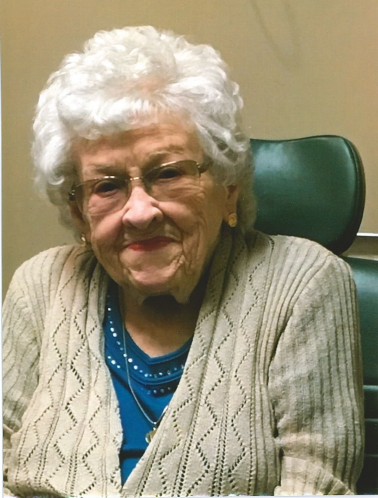 Please share a memory of Violet to include in a keepsake book for family and friends.
View Tribute Book

Violet Vivian (Hughes) Praither formerly of Walton, Kentucky left this earth to join her maker and her beloved husband on October 15, 2022, just 13 days after her 101st birthday.  She was born in Stark, WV to the late Estle and Rozella (Price) Hughes on October 2, 1921.  She is preceded in death by her parents and five of her six siblings in addition to her husband Charles Wesley Praither II, (age 76) in 1998 and her first-born son, Charles Wesley Praither III (Wes, age 72) in 2015.  Her second son, Steven Ray died at birth in 1947. She also wanted it noted that she was preceded in death by the close family friend and “surrogate daughter”, Georgiana Vee Enalani Alvaro (age 71) in 2016 of Kaneohe, Hawaii.

Violet graduated from South Charleston High School in 1941 where she sang in the Glee Club and her ambition was to be a Stenographer.  However, her first job was as a grocery store cashier in St. Albans, WV where she met her husband, and the rest as we say, is history.  She and Charles were married on December 5, 1941, just two days before Pearl Harbor!  Charles enlisted shortly thereafter and was soon shipped overseas to serve in the Pacific Campaign during the war.  As a result, when Wes was born nine months later, Violet’s first major challenge was to become a single parent for the first three years of their son’s life.

After the war, they built the house at 21 Alta Vista Drive in Walton and lived there until 1955 when they moved to a large bungalow house 4-miles south of Walton.  They lived there until they retired from the grocery business then moved into the converted “corn crib” next door. After Charles passed away, Violet lived in several different apartments and eventually moved into assisted living at Baptist Village in Erlanger, KY, where she passed away peacefully.

She was a very active member of the Walton First Baptist Church, where she served in multiple capacities, including Sunday School Teacher.  While the children were still in elementary school in the mid to late fifties, she served as president of the PTA at Piner Grade School, in Piner, KY.

It was well known that her greatest passion in life was raising her seven children and grandchildren but she was also well known for her excellent cooking and with such a large family, she ensured that there was always an abundance of food for them and the many guests and family friends who often dropped in unannounced.  It will be her prize-winning BBQ sandwich recipe, though, that will be remembered the most and has become a family holiday tradition.

A visitation will be held for Violet at Chambers and Grubbs Funeral Home, 45 N. Main St., Walton, KY 41094 on Saturday, October 22, 2022. The family will receive guests from 11:00 AM until the time of the funeral ceremony at 1:00 PM (also at the funeral home).  Directly following the funeral, Violet will be laid to rest at New Bethel Cemetery, Verona-Mudlick Rd., Verona, KY 41092. En lieu of flowers or other expressions of sympathy, please consider donating to St. Jude’s Children’s Research Hospital or Baptist Life Communities (Baptist Care Village). To share a memory or photo of Violet or to offer an online condolence, please visit the corresponding tabs on this page.

To send flowers to the family or plant a tree in memory of Violet Praither, please visit Tribute Store
Print
Saturday
22
October