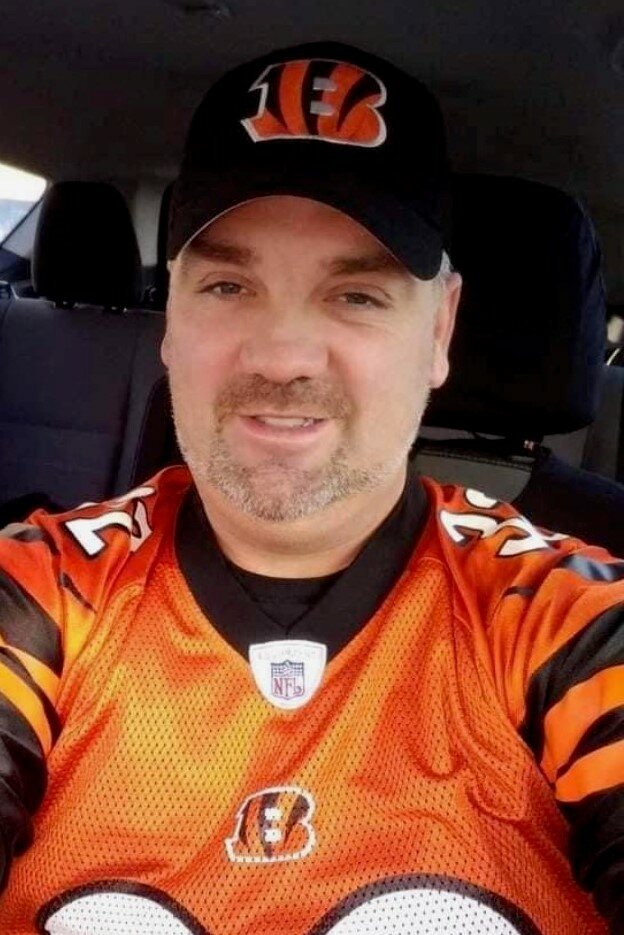 Please share a memory of John to include in a keepsake book for family and friends.
View Tribute Book

John Daniel King, 40, passed away unexpectedly on November 30, 2022. Born in Middletown, OH to John King and Marilyn [McGill] King, he would have celebrated his 41st birthday on December 15th.

John is survived by daughters Jordyn King, Julia King, and Jaley King as well as his wife of 22 years (though separated still friends) Nicole King; parents John and Marilyn King; sisters Briana Livengood (Joseph Livengood, II) and Elizabeth Brummett; many nieces and nephews (with one on the way) as well as soon-to-be first grandchild Alorah Jade King.  John was loved by so many and will also be dearly missed by his family, aunts, uncles, cousins, New Life Church family, friends and co-workers.  John was preceded in death by his maternal grandparents Thomas & Ruby McGill; paternal grandparents John D. and Virginia King; aunts Pamela Smith and Jenia Tolbert; uncle Tony McGill; and father-in-law Ken Berkemeier.

John was someone who could always make you laugh.  He was the eternal jokester and goofball. The “Hawaiian Panda” was working on gathering a sizable TikTok following. He was the most fun to be around, whether it was playing golf, watching Bengals football, or riding rollercoasters at King’s Island. A member of a league in Florence, John was a pretty darn good bowler, too. He most recently almost bowled a completely perfect game at 300.  John was about to embark on a brand new job with Cengage as a forklift driver before his time here with us was cut short.  But John wasn’t defined by his work; instead those who knew him best say they will remember a person who would go out of their way to help anyone; a person who was called “Dad” by the kids at his church, even though they weren’t his own.

We find comfort and peace knowing this man fought the good fight, he has finished the race and kept the faith. Whatever sudden illness took him so untimely from us; he is now healed in the arms of Jesus.

You are invited to a festive luau celebrating the life of John on Friday, December 9, 2022 at Chambers and Grubbs Funeral Home, 11382 Madison Pike, Independence, KY 41051. Come share a story or remembrance with the family from 11:00 AM to 1:00 PM.  Directly following visitation time there will be a service of resurrection, also at the funeral home. Please come and make a joyful noise to worship John’s reunion with his Savior and so many of his loved ones in Heaven.  John will be laid to rest following the service at Wilmington Baptist Cemetery, 15472 Madison Pike, Fiskburg, Kentucky, 41033 USA. Guests are encouraged to dress in bright colors, Hawaiian themed or Bengals gear.

The loss of John comes as very sudden and unforeseen. Instead of flowers or other expressions of sympathy, memorials may be made either directly to the family via John’s GoFundme. You may also make a contribution to the family by phoning the funeral home at 859-344-5000.

To offer an online condolence or to share a memory or photo of John, please visit the corresponding tabs on this page.

To send flowers to the family or plant a tree in memory of John King, please visit Tribute Store
Friday
9
December