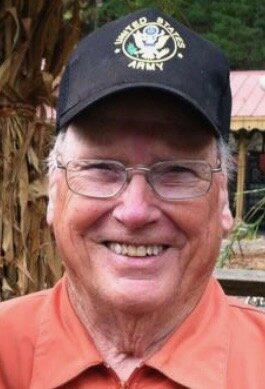 Please share a memory of Chip to include in a keepsake book for family and friends.
View Tribute Book

Chip was the son of Allen and Hulda Hatfield, born in Blackberry, Pike County, KY on September 13, 1927. He proudly served his country, near the end of World War II and the beginning of the Korean War, in the United States Army.

After his time in the service, Chip had two choices: work in the coal mines back home or move to Northern Kentucky where there was a growing job market. Like many, he chose the latter and re-located to Newport.

It was here where he met the love of his life and wife of 56 years, Novella Runion, who worked at the Kresge lunch counter. Novella and Chip were married and started their home and family.

Working initially for Autolite, Chip went on to work and ultimately retire from Procter & Gamble. He was industrious, not only at his occupation, but also at home. Chip’s work ethic was second to none; but growing up hard during the Depression in the mountains, he also had to learn a lot of self reliance. He was extremely handy. Chip could fix nearly anything, and he freely offered his expertise on projects. He helped build his home church, Taylor Mill Pentecostal as well as a family member’s home. And he was always eager to teach others these skills, especially his boys.

Chip lived a busy and full post-retirement life. He would play golf from time to time and loved to woodwork. He built each of his sons a grandfather clock.

Chip and the family would camp down back home on the family land he affectionately referred to as “Paradise.” There, he would hunt, play horseshoes, and keep bees. Chip was generous. He never sold the honey from his beekeeping; he would always give it away.

Not everything about Chip was centered on work, though. He loved games. Chip was “The Checker Champ.” He treasured his grandkids. His family noted he was at his happiest when he was with them. He was a devoted husband and father. Chip left us on a Friday the 13th. Some may consider that unlucky. But Chip didn’t really believe in or need luck. He knew his good works and faith ensured his reunion with his loved ones.

Chip was preceded in death by his beloved wife, Novella Runion Hatfield; his parents; and 16 siblings.

Those left behind to share Chip’s memory are his sons Greg Hatfield (Kim), Barry Hatfield (Karen), and Rodney Hatfield (Jenny); his sister Katherine May; grandchildren Matthew, Ashley (Brent), Chrissy, Zack (Natalie), Sam (Nina), Montana, and Marino; six greatgrandchildren as well as many other close relatives, his church family, many former co-workers and friends.

Directly following the funeral, Chip will be put to rest, with full military honors, alongside Novella at Floral Hills Memorial Gardens, 5336 Old Taylor Mill Rd, Covington, KY 41015. Should you wish, you are encouraged to donate in Chip’s name to Taylor Mill Pentecostal Church.

To leave an online condolence or to share a memory or photo of Chip, please visit the corresponding tabs on this page.

To send flowers to the family or plant a tree in memory of Chip Hatfield, please visit Tribute Store
Tuesday
17
January