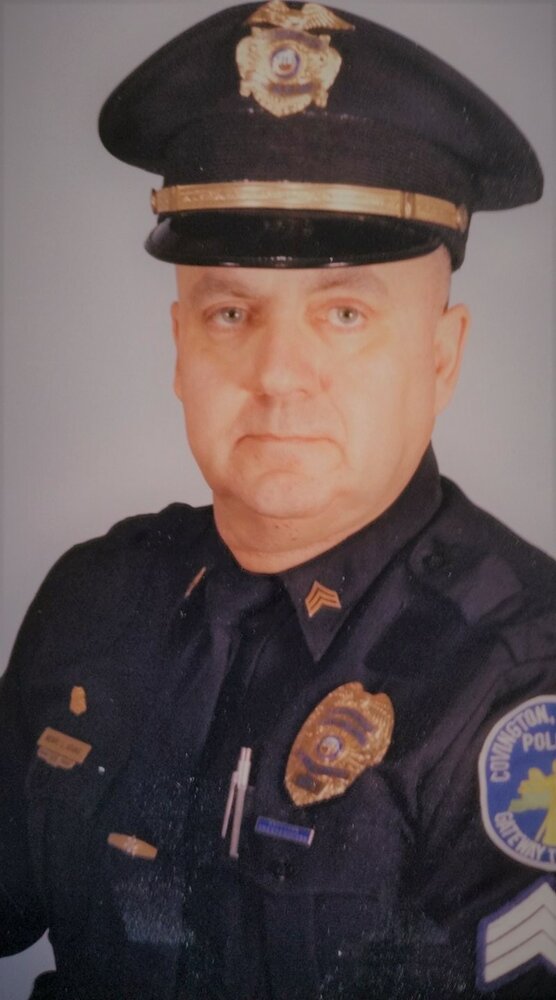 Please share a memory of Henry to include in a keepsake book for family and friends.
View Tribute Book

Henry Lee Adams, age 80, of Taylor Mill, passed away peacefully enveloped in the love of family at home on January 24, 2023.  Born on August 3, 1942 he was the son of Henry Thomas Adams and Minnie [Sowder] Adams and was raised in Ludlow, KY on Linden Street.  It was on this very street that he would meet the love of his life, Karen [Morgan] Adams. Henry and Karen were married over 40 years.

After high school, Henry joined the Covington, KY Police Department. He trained many future officers, shepherding them through many difficult and downright dangerous situations. He retired after 22 years of dedicated service. After his time on the force, he worked in security at St. Elizabeth Hospital, as a bailiff, and finally, he was the face of guest services and the staff member who ran the Stargazer Planetarium at the Creation Museum in Petersburg, KY.

Henry was never without his camera and was a prolific storyteller.  More than this though, he possessed a servant’s heart.  This was Henry’s entire being and purpose it seemed. He was a devout man of faith (having belonged first to Ludlow Baptist Church and then Oak Ridge Baptist Church) and a servant of God first and foremost, but he also took great pride in taking care and protecting his community.  Above all, Henry was a devoted husband to Karen and a loving father to his children.

Those left behind to carry on Henry’s memory are his children Kim Reams and Jeremy Adams (Ashley); 9 grandchildren; 2 great-grandchildren as well as a host of other close relatives, friends and former co-workers.  Preceding Henry in death are his parents; his wife Karen Adams; and his son Aaron Adams.

To share a memory or photo or to leave an online condolence for the family, please visit the tabs on this page.

To send flowers to the family or plant a tree in memory of Henry Adams, please visit Tribute Store
Friday
27
January

Share Your Memory of
Henry
Upload Your Memory View All Memories
Be the first to upload a memory!
Share A Memory
Send Flowers