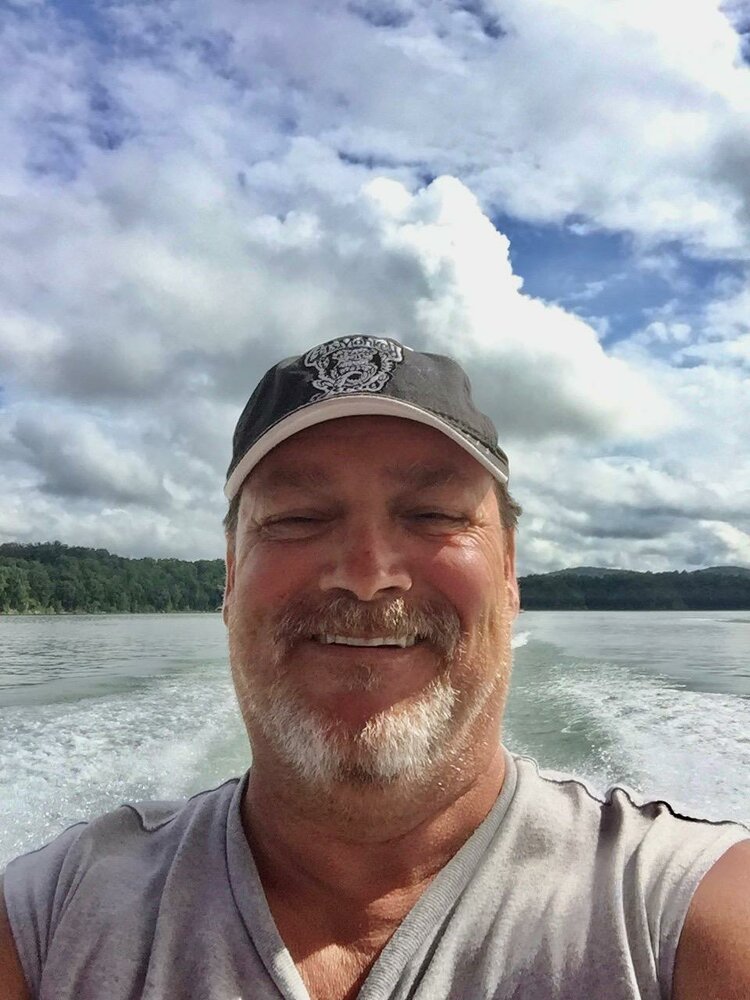 Jerry Frank Cahall, II, 60, passed away peacefully on Monday, April 18, 2022 at St. Elizabeth Health Care in Edgewood, KY.  He was born the son of the late Jerry and Marion Brinkman Cahall on March 18, 1962 in Cincinnati, OH.

Jerry was an outgoing, friendly guy who never met a stranger. He spent his childhood growing up in Ohio and was born into a large family.  Jerry attended Cincinnati State College where he obtained his Associates degree in tool and die making.  He was also employed as a truck driver for several years.  In his spare time, you could find Jerry spending time with his family and taking care of his grandchildren, who he deeply loved.  He enjoyed mudding on his four wheeler, camping, boating at Lake Cumberland and eating ice cream cones with the love of his life, Christina Farris Cahall.  Jerry had a big heart with a generous soul.  He would help people in need every chance he got.  Jerry also spent lots of his time in his garage with his two best friends, Jay Comer and Trevor Hawkins working on or talking about their boats.  He was a wonderful cook and he will be remembered for his church spaghetti dinners. Jerry was a God loving man who will be missed beyond measure.

Jerry is preceded in death by his parents, Jerry and Marion Cahall, brother, Harry Cahall, sister in law, Lucy and brother in law, Richard Gerhardt.

In lieu of flowers, expressions of sympathy in Jerry’s name are suggested to Autism Society of America 6110 Executive Boulevard, Suite 305 Rockville, Maryland 20825.

To leave an online condolence for the family or to share a fond memory of Jerry, please visit the corresponding tabs on this page.

To send flowers to the family or plant a tree in memory of Jerry Cahall, II, please visit Tribute Store
Monday
25
April