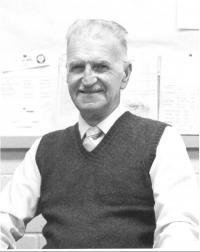 "Jesse Thornton, 79, lived a life of service" Jesse William Thornton kept his high school class ring in a jewelry box for more than 60 years because he didn't graduate with his senior class. The Walton resident, who died Tuesday at 79, enlisted in the Navy in December 1941. His son, Charles Thornton of Walton, said he left for boot camp in March 1942, just a few weeks before graduation. Mr. Thornton served as a naval aviator in the Pacific theater during World War II. When he returned home to Walton, he started working for what's now known as Cinergy. He retired as a district supervisor after 43 years. Helping others became a way of life for Mr. Thornton. He and his wife, Nell Jean Craddock Thornton, served on the Walton Volunteer Fire Department for more than 50 years. They graduated from Kentucky's first EMT class, and the state named them EMTs of the Year in 1996. When they first started volunteering, Walton was very rural. "If you had to go to the hospital, you either got there yourself or hoped the Chambers and Grubbs (Funeral Home) hearse was available," Charles Thornton said. Mr. Thornton and his wife founded the Walton Rescue Squad. The first ambulance was a 1956 Ford station wagon and an Army surplus stretcher, his son said. Mr. Thornton belonged to other community groups, including the First Baptist Church of Walton and the Walton Masonic Lodge. He also served as an auxiliary deputy in Boone County and Walton. "There were a lot of facets to dad's life," his son said. "He had a very, very dry sense of humor. He was the kind of person who could find something good out of most situations." In 2002, the General Assembly passed House Bill 45, which allowed Kentucky school districts to give diplomas to World War II veterans who left school for military service. Some of Mr. Thornton's family used the law to get him a diploma from Walton Verona High School. On the day in December 2003 when they surprised him with the diploma, Mr. Thornton asked to have his class ring taken out of the jewelry box. "I guess I can wear that now," he said, and after more than 60 years, finally put the ring on his finger. Other survivors include a daughter, Candace Thornton-Biddle of Louisville; seven grandchildren; and eight great-grandchildren. His wife preceded him in death in 2000. Visitation is Friday from 5 to 9 p.m. at Chambers and Grubbs Funeral Home in Walton. The funeral is 10 a.m. Saturday at the funeral home. Burial will follow at Highland Cemetery in Fort Mitchell. Memorials may be made to the Walton Fire Department, 11 High School Court, Walton, Ky., 41094, or the American Lung Association, Box 9067, Louisville, Ky., 40209.
Print