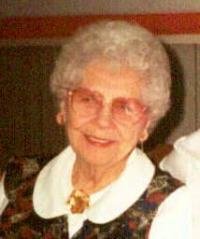 Virginia Hempfling, 90, of Erlanger, died Thursday at Villa Springs of Erlanger. She was the former owner of the Phoenix Hotel, Walton, and a member of Christian Church of Port Richey, Fla. Survivors include her husband, C.E. "Buck" Hempfling; daughters, Mrs. Howard Murray of Augusta and Joyce Ann Johnson of Independence; a stepson, Jim Hempfling of New Richmond, Ohio; brothers, Bernard Menke of DeBerry, Fla. and Don Menke of Paris; a sister, Ruth Fox of Florence; nine grandchildren, 12 great-grandchildren, and six great-great-grandchildren. Services will be at 1 p.m. Tuesday at Chambers &amp; Grubbs Funeral Home, Independence. Visitation will begin there at 11 a.m. Tuesday. Burial will be in Independence Cemetery. Memorials are suggested to American Cancer Society, P.O. Box 102454, Atlanta, Ga. 30368; or Cincinnati Association for the Blind, 2045 Gilbert Ave., Cincinnati, Ohio 45202
Print