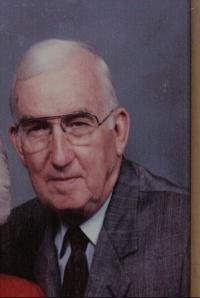 George Jaeger, a man of family, great faith George Elwood Jaeger saw to it that his wife and three children were able to earn post-graduate degrees. His daughter, Marsha Jaeger, has a doctorate in music and teaches at the University of California at Berkeley. A second daughter, Peggy McDannold of California, Ky., is an internal specialist at Patient First in Bellevue. His son, John Jaeger, is a dentist in New Castle, Ky. And Mr. Jaeger's wife of 57 years, Betty, went back to school, earned a master's degree in elementary education and taught for 29 years at White's Tower School in Taylor Mill. Mr. Jaeger, of California, Ky., died Thursday at St. Luke Hospital in Ft. Thomas. He was 80. Mrs. Jaeger described her husband as "a man of great faith." He was an elder at Butler Christian Church and, for many years before that, an elder at First Christian Church in Covington. He also was a former chairman and board member for the Christian Church Homes of Kentucky, which provides homes for seniors and children. He met his wife when they were students at Simon Kenton High School. She was an eighth grader when he was a senior, but she said he wasn't that much older. "It was just that he'd skipped a grade," Mrs. Jaeger said. In his later years, he took up woodworking, finishing a cherry mission-style curio cabinet a few months ago that sits in the greatroom of the Jaegers' home in Grants Lick. Also on display is a six-pound, something-ounce largemouth bass he caught at Ryland Lakes. "He loved to fish," Mrs. Jaeger said. "That's the only one he ever had mounted, though." A World War II veteran, he was retired as director of Human Resources at Milacron. He was a member of the Regional Board of Christian Church Disciples of Christ, the Lion's Club of Butler and the American Legion in Independence. He also was chairman of the Northern Kentucky Planning &amp; Zoning Commission, as well as a member of the Covington Civil Service Commission, the Kenton County School Board and the Woodworking Club of Greater Cincinnati. Visitation: 4-8 p.m. Sunday, Chambers &amp; Grubbs Funeral Home, Independence. Funeral: 11 a.m. Monday at the funeral home. Burial: Highland Cemetery, Ft. Mitchell. Memorials to the Christian Care Communities, 12700 Shelbyville Road, Louisville, Ky., 40243-1596
To send flowers to the family or plant a tree in memory of George Jaeger, please visit Tribute Store
Print