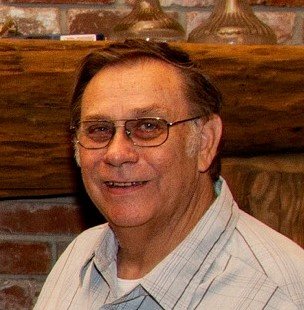 Robert was born in Covington, KY, to the late Eugene and Grace Kendall Ehlman. He was an aircraft mechanic, and proudly served his country in the United States Air Force. In his free time Robert enjoyed flying, and annually inspecting planes across the U.S. He was a member of the Corvette Club, and loved his horseless carriage and motor home. Robert is preceded in death by his sister, Emily McFall. He is survived by his son, Robert Anthony Ehlman; his longtime companion, Martha Burroughs; brothers, Eugene (Carol Ann), and Jerry (Eileen) Ehlman; sisters, Joyce McPhee, Carol Elaine Papia, and Ginger (Al) Dorcas; grandchildren, Cassandra Niebel, Joshua and Derek Ehlman; along with several nieces and nephews.

Robert's life will be celebrated with at memorial mass on Friday, October 5th, 2018, at 10am, at St. Cecilia Catholic Church, 5313 Madison Pike, Independence KY, 41051. Friends and family are encouraged to gather in the reception hall at the church following the mass to celebrate Robert's life. An inurnment with full military honors will take place at 2 pm, at Kentucky Veterans Cemetery North, 205 Eibeck Ln, Williamstown KY, 41097.