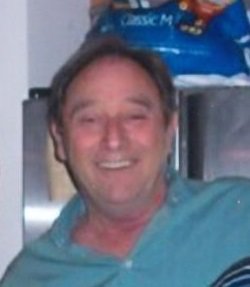 Harold Heuser, 73, peacefully passed away on Tuesday, October 1, 2019 at St. Elizabeth Hospital in Edgewood. He was born on September 24, 1946 to the late Leslie and Clara Heuser. Harold worked in maintenance for St. Charles and was a veteran of the United States Army having served in the Vietnam War. In his spare time, Harold enjoyed NASCAR, visiting the casino, and working in the yard, especially his garden and flower bed. He also enjoyed fishing trips to Michigan and catching salmon but most of all, Harold loved spending time with his family.

Harold is preceded in death by his loving wife, Sharon Heuser; brothers, Leslie Heuser, Jr. and Clive Heuser; and sister, Joyce Heuser. Survived to mourn his loss are his children, Brady Heuser, Brandon Heuser, and Meagan Heuser; siblings, Linda Tye, Larry Heuser, Brenda Norton, Bobby Heuser, and Curtis Heuser; 5 grandchildren; 1 great-grandchild; and many other friends and relatives who will cherish his memory.

A graveside service with military honors will be held on Tuesday, October 8, 2019 starting at 11:00 AM at Independence Cemetery in Independence, KY. Expressions of sympathy made be made in Harold’s name to a charity of your choosing.

Share Your Memory of
Harold
Upload Your Memory View All Memories
Be the first to upload a memory!
Share A Memory
Plant a Tree