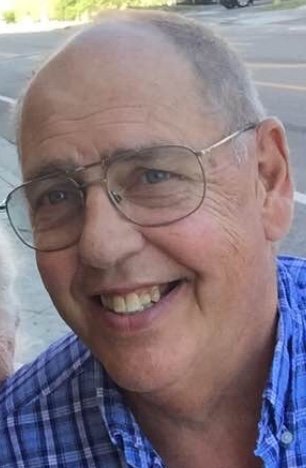 Stephen Dell Clark, age 73, of Independence, KY, passed away on Saturday, October 5, 2019 at Bridge Point Nursing Facility. Stephen was born the son of the late Mack Leroy and Elouise (Thomas) on February 18, 1946 in Glen Ferris, WV.

Stephen was a West Virginia Institute of Technology graduate who owned his own business as a self-employed whole sale meat and produce salesmen. He was known for loving people, always making them laugh and always had a joke to tell or a memory to share. He also enjoyed vacations to Myrtle Beach every year with his family and grandchildren whom he adored. Stephen was also a coach, having coached his son in baseball and loved attending his grandkid’s sporting events.

In addition to his parents, he was preceded in death by his step-sons, Tony and Tim Whittamore; and sisters, Kathleen Cook and Dorothy Pring.

Visitation will be held on Friday, October 11, 2019 from 11:00AM until 1:00PM at Chambers and Grubbs Funeral Home, 11382 Madison Pike, Independence, KY 41051. A graveside service will immediately follow at 1:15PM at Independence Cemetery.

For directions, to order flowers, or leave an online condolence for the family, please visit the tabs above.

Share Your Memory of
Stephen
Upload Your Memory View All Memories
Be the first to upload a memory!
Share A Memory
Plant a Tree