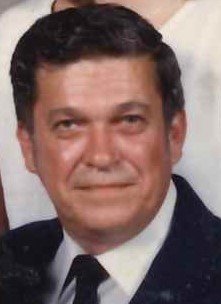 Alva Kenneth “Ken” Bailey, age 77 of Florence, KY, passed away Saturday, February 15, 2020 at Good Samaritan Hospital in Cincinnati, OH.  Ken was proud of having served his country in the U.S. Army for over 23 years.  He retired as a Recruiter and formerly served as a Master Sergeant.  During his time of service, he was awarded the National Defense Service Medal, Vietnam Service Medal, Vietnam Campaign Medal, Vietnam Cross of Gallantry with Palm, Army Commendation Medal, and Bronze Star Medal along with other commendations.  Ken was a member of the Johnson-McElroy American Legion Post 0277 in Walton, KY, the Ralph Fulton V.F.W. Post #6423 in Elsmere, KY, and the Good Guys Club in Walton, KY.

Visitation will be Thursday, February 20, 2020 from 10 a.m. to 12 noon with funeral services immediately following at 12 noon at Chambers and Grubbs Funeral Home, 45 North Main St., Walton, KY 41094.  Interment with military honors will follow the services at Kentucky Veterans Cemetery in Williamstown, KY.

Memorials may be made to the American Heart Association, www. https://www.heart.org/.