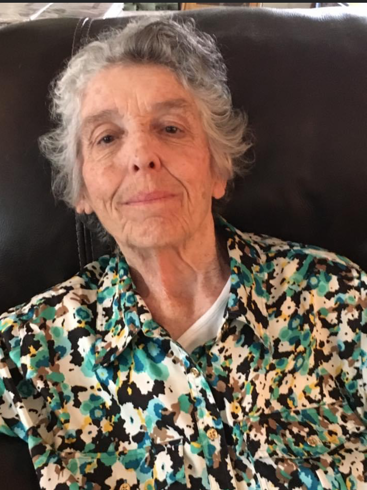 JoAnn Nusbaum Hitzfield, of Petersburg, KY passed away peacefully at her residence on Friday, May 15, 2020 at the age of 88. She was born the daughter of the late Joseph and Mary Elizabeth Bauers Nusbaum in Covington, KY on October 31, 1931. JoAnn was the former Postmaster in Petersburg, KY and was a member of Immaculate Heart of Mary Church in Burlington, KY.  She enjoyed cooking and most of all spending time with her beloved family.  JoAnn was preceded in death by her husband, Frank Hitzfield, son, Louis Hitzfield, grandson, Aaron Hitzfield, and sister, Mary Jane Nusbaum. Surviving to keep JoAnn’s memory and legacy alive are her sons, Tim (Lori) Hitzfield, Dan (Mary) Hitzfield and Joe (Tina) Hitzfield; grandchildren, Jacob (Courtney Appel) Hitzfield, Lauren (Jacob) Broering, Hope Hitzfield and Parker Hitzfield; great-grandsons, Jace Hitzfield and Wyatt Hitzfield; as well as many other relatives and friends. A Mass of Christian Burial will be held privately in honor of JoAnn. She will then be laid to rest at Petersburg Cemetery in Petersburg, KY. Donations can be made to Immaculate Heart of Mary at 5876 Veterans Way, Burlington, KY 41005. To leave a condolence message or share a favorite memory of JoAnn, please visit www.chambersandgrubbs.com.