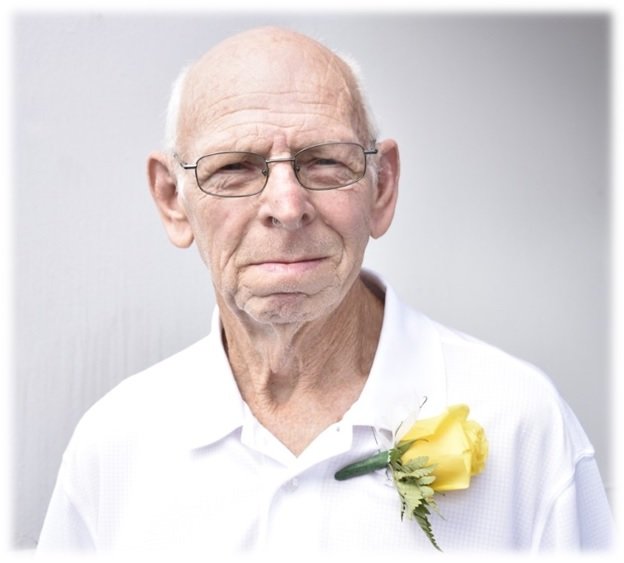 Thomas Richard “Tom” Strain, of Independence, KY passed away peacefully surrounded by his loving family at his residence at the age of 79.

He was born in Covington, KY on March 20, 1941; the son of the late Melvin and Florence (nee Donelan) Strain. Tom was a longtime member of St. Cecilia Roman Catholic Church in Independence, KY and was a member of the Holy Name Society and the church’s cemetery committee. Tom also ran the Pull Tabs booth at the St. Cecilia Labor Day Festival for the past 45 years.

He worked and retired from Servair and DHL as a line supervisor and service fuel manager. While working at the airport, Tom had the pleasure of meeting several distinguished Presidents including Gerald Ford, Jimmy Carter, Ronald Reagan, Bill Clinton and George H.W. Bush. He also came into contact with celebrities including the likes of famous musicians such as Ray Charles, The Beach Boys, The Bee Gees, The Beatles and James Brown.

In his spare time, Tom often enjoyed being in the outdoors, whether that was farming or working in his greenhouse. He also enjoyed wine tastings and having fun with his children and grandchildren. To him, family was extremely important, and he cherished the time he spent with each and every one of them.

Tom was preceded in death by his parents, Melvin and Florence Strain; a grandson, Spencer Bergman; a great-grandson, Oliver Cagle; and a brother, Bob Strain.

A visitation for Tom will be held from 10:00 AM until 12:30 PM on Saturday, September 12, 2020 at St. Cecilia Roman Catholic Church, 5313 Madison Pike, Independence, KY 41051. Due to the current Covid-19 state restrictions we will be limiting the church occupancy to 50% of normal capacity while still enforcing 6 feet of social distancing, taking attendees temperatures and requiring the wearing of face masks. A Mass of Christian Burial will immediately follow at 12:30 PM at the church. Tom will then be laid to rest at St. Cecilia Roman Catholic Church Cemetery next door to the church.

Expressions of sympathy in Tom’s name may be made to St. Cecilia School (see address above) or the Sunflower Rev It Up for Parkinson’s c/o the University of Cincinnati Foundation, P.O. Box 19970, Cincinnati, OH 45219.

For directions, to leave a condolence message for the family or to share a fond memory of Tom, please visit the tabs on this page.