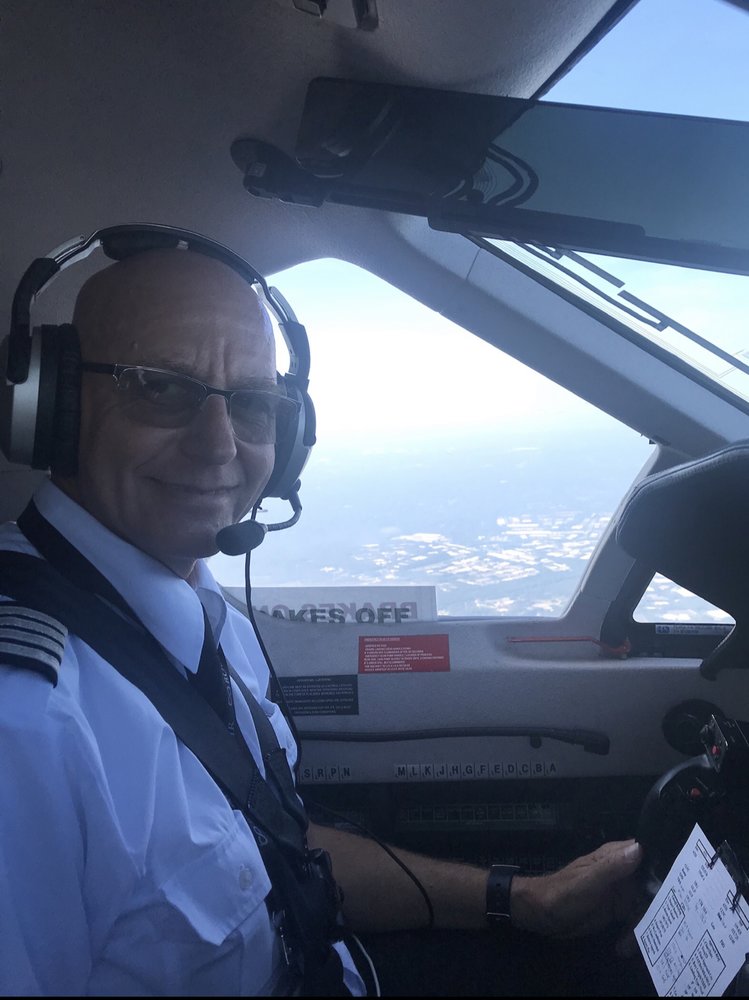 Howard Dennis Hardison, age 60, of Independence, KY, passed away Monday, November 16, 2020 at University of Cincinnati Medical Center.  Dennis was an Electrical Engineer, previously working for Mazak and Diamond Machine Tool.  He was skilled in IT and electrical work as well as repairing CNC Machine Tool Equipment. His passion though was flying. He originally received his Pilot’s License by the age of 16 and briefly served in the Air Force until a medical discharge forced him to be honorably discharged. Driven to fly commercially, Dennis was able to accomplish the goal this past year when he became a Captain, flying for Boutique Air. Dennis interests were diverse, and he had a strong desire to serve. He was a member of Crossroads Church and assisted with their video team as well as served on many mission trips and participated in Habitat for Humanity projects. Captain Dennis Hardison was a member of the Kentucky Wing of the Civil Air Patrol for almost 20 years.  During that time, he held almost every aviation position in CAP, from Mission Scanner to Chief Pilot.  He also qualified in practically every mission base leadership position.  His warm and effective leadership style, his depth and breadth of knowledge and experience, and his willingness to give his time and talent to everyone from the newest to the most senior member left an indelible impression on everyone he met.  He will be greatly missed and fondly remembered.  His greatest love though was for his wife (of 38 years) Denise Reeves Hardison and their three sons, Aaron Hardison, Nathan Hardison (Angie), and Ian Hardison (who preceded him in death in 2007). Also surviving him are his grandchildren, Austin, Ian, and Lily, and his sister, Beverly Crowley (Mahlon). His parents, Aubrey and Mary Frances Reeves Hardison, and his siblings, Debra Prater and Michael Hardison all preceded him in death.  To leave a condolence or message for the family, please go to www.chambersandgrubbs.com.  Due to the recent state restrictions due to Covid-19 on service attendance, Dennis' services have been postponed and we will update as future arrangements are planned.