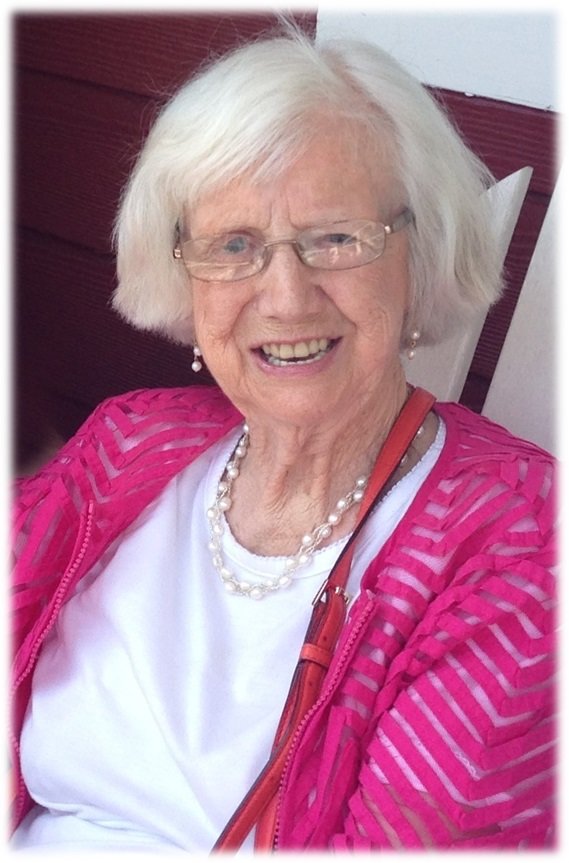 Thelma Isabel Sturgeon, nee Robbins, of Florence, KY formerly of Walton, KY passed away peacefully on Monday, April 5, 2021 at the age of 98.  She was always proud to say she was a lifelong resident of Boone County.

Thelma was the beloved wife of the late Chester L. Sturgeon, loving mother of JoAnn Sturgeon (Daniel) Chapman of Highlands, NC and Donald P. (Donna) Sturgeon of Erlanger, KY.  She was also the grandmother of Laura Chapman (Mark) Rosenthal, Paul (Sarah) Sturgeon and the late Danise Chapman (Michael) Barry, great-grandmother of Tiffany Barry (Travis) Ahlers and Lauren Barry (Owen) Sapp and Eve Rosenthal.  A great-great grandmother to Gracie, Logan, Trevor and Troy.  An aunt and friend to her nieces, nephews and friends who thought very highly of her.

Thelma attended New Haven High School where she met her future husband, Chester.  They married in 1938 and soon thereafter had a daughter JoAnn.  With the start of World War II, Chester entered the military and was sent to Europe.  With her husband at war, Thelma went to work as a Rosie Riveter, making walkie-talkies at Crosley Radio for the war effort.  After the war, they opened the Sturgeon Electric company in the city of Walton and welcomed the arrival of a son, Donald.  Thelma managed the store and sold appliances, radios and televisions while her husband wired and installed the goods she sold.   During 1950's, Thelma, along with her friend Helen Jones of the Wa-Na Women's club organized and opened the first public library with over 1,200 books in the City of Walton municipal building.   When her husband passed away in 1992 and Thelma became very active in the Walton Senior Center activities.  She organized a weekly Euchre tournament that continued under her guidance into her early 90's.  She made several wonderful friends at the center and enjoyed being a part of it.

A visitation will be held from 11:00 AM until 1:00 PM on Friday, April 16, 2021 at Chambers & Grubbs Funeral Home, 45 N. Main Street, Walton, KY 41094. Due to the current COVID-19 restrictions, face masks are required, social distancing is encouraged, and 60% capacity will be limited at the funeral home. A funeral service will follow at 1:00 PM at the funeral home. Thelma will then be reunited and laid to rest next to her husband at Hopeful Lutheran Cemetery in Florence, KY.

In lieu of flowers, expressions of sympathy in Thelma’s name may be made to St. Elizabeth Hospice, 1 Medical Village Drive, Edgewood, KY 41017.

For directions, to leave a condolence message for the family or to share a fond memory of Thelma, please visit the corresponding tabs on this page.