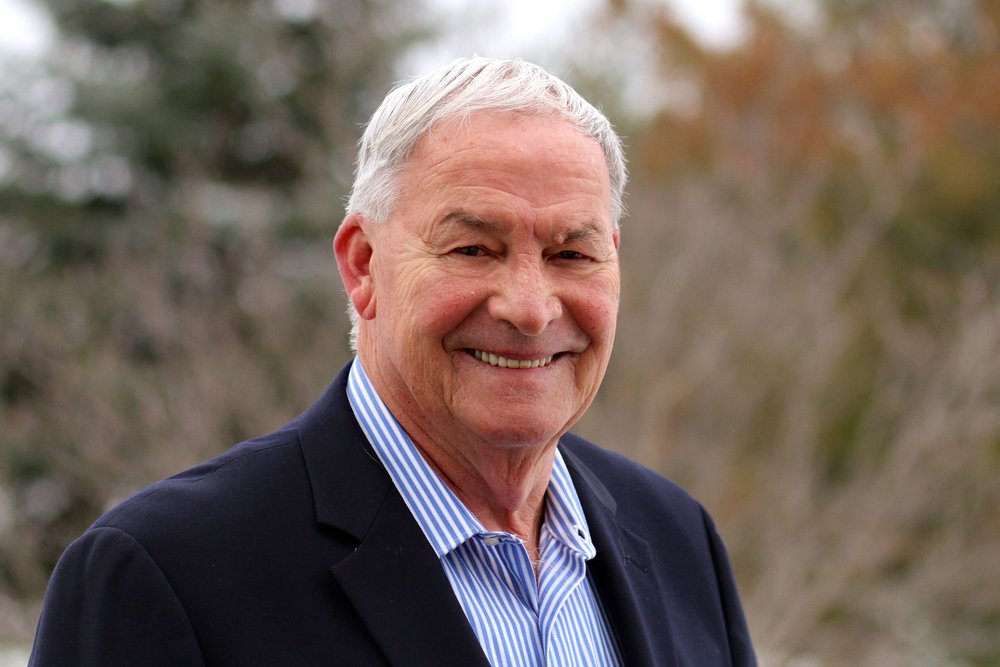 Get Directions
Saturday
8
May

Larry Wayne Neal, 76, a much-loved husband, father, grandfather, son, brother and friend, went to be with the Lord on May 1, 2021. The Burlington, KY, resident fought a courageous battle against cancer, bravely finishing his earthly life surrounded by his wife, children, and grandchildren.

Larry was born February 4, 1945, in Princeton, IN. He was raised as a farm boy, the oldest of three children to his parents, Vertis and Vera Neal. He attended Edwards County High School and met the love of his life, Anne Robinson of Grayville at the age of 15 through 4-H. Swept off his feet by his teen sweetheart, he married Anne in 1962, and together they raised their three children, Lori, Todd, and Kent.

Although he was raised on a farm, his true passion was watching the sky for airplanes rather than tending the fields. He pursued his dream of flying, starting his career as a corporate pilot. He was an airline pilot for Comair Airlines for 18 years and helped others pursue their passion for aviation as a flight instructor and director of the flight training program for the airline.

Larry and Anne raised their family in Olney, IL, where Larry spent countless hours coaching baseball, cheering on his three children on the football field, basketball court, running track, or in their musical endeavors. He helped lead his teams not only to success on the field, but also by mentoring his players and acting as a father figure to anyone who needed one. He continued “coaching” from the sidelines for his grandchildren, attending as many of their sporting events as possible, whether it was baseball, basketball, track, cross country, golf, cheerleading or gymnastics.

He was an easy-going friend to everyone he met. He was a great listener, known for his calm temperament, dry wit, encouraging spirit, and gift for making conversation. He loved to grill for his family, golf with his friends and grandsons, vacation with his sweetheart, watch old war movies or craft beautiful creations out of wood.

Ironically, Larry was in his workshop, handcrafting a wooden clock, when he received his own alarm that he needed to check in with the doctor. He avoided getting sick with COVID during a year of isolation, only to find out cancer would be his health challenge. Doctors used words like “aggressive,” “complicated” and “serious” to describe his medical condition. But Larry responded by joking with his nurses, doting on his wife and eating as much ice cream as the hospital and his family were willing to provide. He had an incredible tolerance for pain and asked others how they were feeling, rather than focusing on his own condition, even as cancer threatened his earthly flesh.

He knew that heaven was his real home. He was raised attending Little Prairie Church in Albion. He helped plant the Christian Church of Olney where he was an elder, and he was a member of First Church in Burlington for 33 years. He turned to Christ for his strength and leaned on his faith to help him through the valleys of life. On more than one occasion, he credited an angel for helping him land a plane during an ice storm or dense cloud cover.

Larry is deeply missed by his wife, Anne; children, Lori Anne Vest of Charlottesville, VA, and her husband, Jim; Larry Todd Neal of Burlington, KY and his wife, Amy; Larry Kent Neal of Oswego, IL, and his wife, Emily; along with his grandchildren, Andrea and Nick Racine; Carson and Megan Neal; and Andrew, Matthew, Alayna and Jayda Neal. Jerry Neal of Meridian, ID; and Pam Wiseman and her husband, Kevin, of Albion, IL, are missing the humor and friendship of their big brother, not to mention his perfectly grilled steaks.

He is joyfully reunited in heaven with his granddaughter, Erika Anne Racine, and his parents, Vertis and Vera Neal.

He and Anne celebrated 58 years of marriage at the end of 2020. He is loved and missed by his golf buddies, fellow pilots and friends, as well as the cows he visited daily as they roamed the property next to his home.

Larry will be honored during a celebration of life service at 12 p.m. Eastern Time May 8, 2021 at First Church of Christ, 6080 Camp Ernst Road, Burlington, KY. Visitation will be held one hour before, from 11 a.m. to Noon Eastern Time. A celebration service will be planned at a later date in Olney, IL. Chambers and Grubbs Funeral Home is assisting Larry’s family in Kentucky.

Memorial donations can be made in Larry’s name to Bluegrass Care Navigators, 1733 Harrodsburg Road, Lexington, KY, 40504.  For more information or to leave Larry’s family an online condolence please visit the tabs on this page.

Share Your Memory of
Larry
Upload Your Memory View All Memories
Be the first to upload a memory!