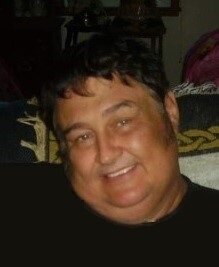 William Joseph “Bill” Dawalt, of Villa Hills, KY passed away at St. Elizabeth Hospice Center in Edgewood, KY on Wednesday, September 8, 2021 at the age of 63.

He was born in Covington, KY on September 19, 1957; the son of the late Howard and Rose Dawalt. Bill worked for many years as a packer for Levi Strauss and in his spare time enjoyed gardening, hunting and fishing. His greatest joy, however, came from spending time with his family, especially his grandchildren.

Those left surviving to carry on Bill’s legacy include his two sons, Aaron Dawalt and T.J. Dawalt; brother, Timothy “Zeke” (Linda) Dawalt; grandchildren, Taylor, Branson, Weston, Hadlei, Jordan and Jaxson; as well as many other relatives and friends who will miss him dearly.

In lieu of flowers, expressions of sympathy in Bill’s name may be made to the American Diabetes Association, P.O. Box 7023, Merrifield, VA  22116 or the American Cancer Society, 4540 Cooper Road, Cincinnati, OH 45242.

For directions, to leave a condolence message for the family or to share a fond memory of Bill, please visit the corresponding tabs on this page.