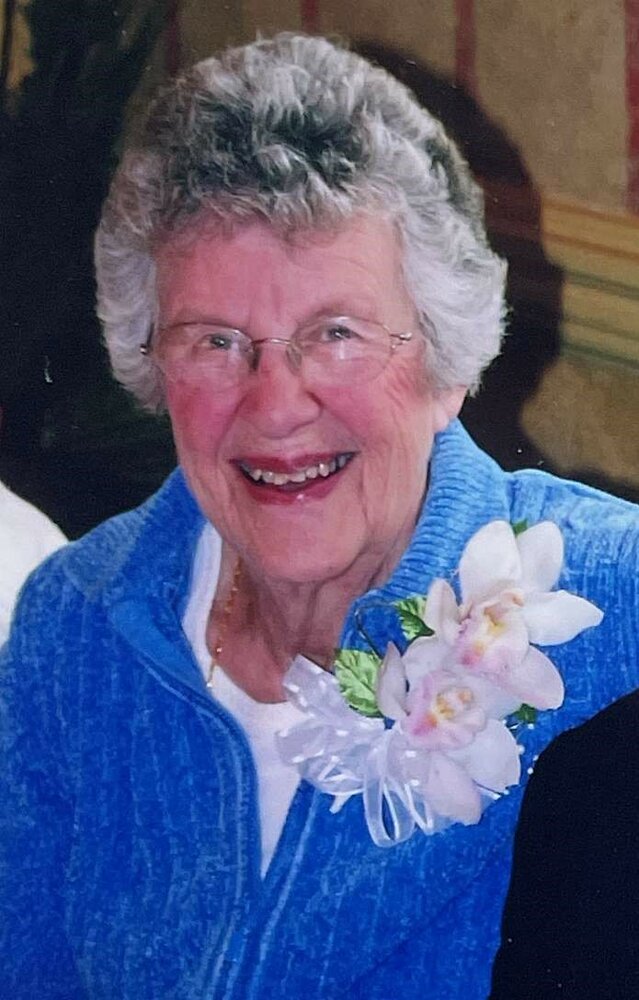 Obituary of Jeanette A. Smith

Jeanette Allen Smith, 96, of Union, Kentucky passed away Monday, November 8, 2021, while at Emerald Trace, Elsmere. She was born August 2, 1925, in Boone County to the late Mary Frances and Orin Thomas Edwards. Jeanette was a graduate of New Haven High School and worked in Cincinnati prior to her marriage to her late husband and dairy farmer, Robert H. Smith. She was the epitome of a farmer’s wife and partner, from preparing hearty meals and raising chickens to baling hay and feeding calves. Her organizational skills and ability to accomplish more than most in a single day were valued by all. Her love for reading and watching college basketball, especially UK were highlights in her later years. Jeanette was a 75-year member of Union Baptist Church and the longest active member of its Women Missionary Union group.

In addition to her parents and late husband, Jeanette was preceded in death by her infant son, Richard Lee Smith in 1953 and her sister, Connie Mae Edwards in 2017. She is survived by her son, William (Bill) A. (Jane) Smith of Union; daughter, Marianne Smith (John) Edge of Owensboro; grandson, Ryan E. (Jill) Smith and great grandchildren, Tanner and Emerson (Emmy) Smith, all of Lexington.

Visitation will be 11 am to 1 pm Saturday, November 13 at the Chambers and Grubbs Funeral Home, 8461 Dixie Highway, Florence followed by the funeral services at 1 pm. Burial will immediately follow at Hopeful Lutheran Cemetery. Memorial contributions may be made to Union Baptist Church, 1985 Mt. Zion Road, Union, KY 41091 or Bluegrass Hospice Care, 1733 Harrodsburg Rd, Lexington, KY 40504. Online condolences may be made on the tribute wall tab.

To send flowers to the family or plant a tree in memory of Jeanette Smith, please visit Tribute Store
Saturday
13
November

Share Your Memory of
Jeanette
Upload Your Memory View All Memories
Be the first to upload a memory!
Share A Memory
Send Flowers