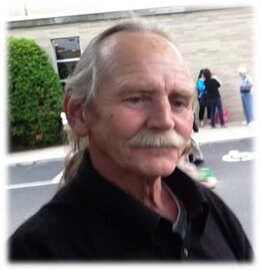 Richard Ronald Alley, of Ludlow, KY passed away peacefully at his residence on Thursday, November 18, 2021 at the age of 73.

He was born in Dayton, KY on October 27, 1948. Rick worked in construction as a general contractor until his retirement. In his spare time, he often enjoyed tinkering around with anything he could get his hands on, collecting just about everything, watching NASCAR and listening to music. His greatest joy, however, came from spending time with his family who he cherished deeply.

Preceding Rick in death were his parents; a daughter, Tammie Floyd and several siblings.

A party will be held in Rick's honor from 6pm - 9pm on Saturday, November 27th, 2021 at the American Legion Boone Post #4, 8385 US-42, Florence, KY 41042.  In lieu of flowers, expressions of sympathy may be made to Rick’s family in care of Chambers & Grubbs Funeral Home or by clicking on the red donate button below. Funds will be utilized to help with the funeral and final medical expenses.

For directions, to leave a condolence message for the family or to share a fond memory of Rick, please visit the corresponding tabs on this page.

Contribute by sharing this page