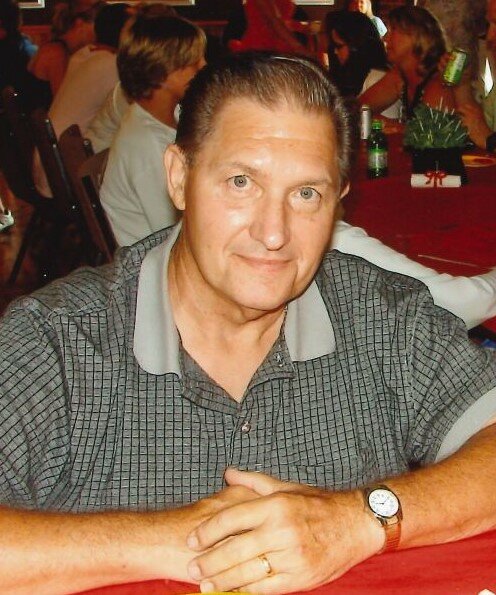 Jerry Hemsath of Independence, age 77, passed away peacefully on Wednesday, December 22, 2021, at Villa Springs in Erlanger, KY. He was born in Covington, KY to the late Elmer and Elizabeth Hemsath. Jerry retired from Helmer Plumbing as a plumber for 42 years and was a member of St. Cecilia Catholic Church. He loved spending most of his time outdoors whether it was fishing, hunting, camping or boating. In his younger years, he enjoyed bowling and roller skating. Jerry was a handy man who could fix just about anything. He was an avid fan of NASCAR and John Wayne. Jerry also liked to square dance, which is how he met his wife, Barb. Jerry was a beloved husband, dad, grandpa, and friend who will be missed beyond measure.

He is survived by his loving wife of 31 years, Barbara Hemsath; loving daughters, Heidi (Michael) Tucker and Heather (Thomas) Wilson; step-daughters, Leeann Regan and Stephanie Haynie; grandchildren, Mary, Elly, Ari, Allanah, Laura, and Chris; his beloved dog, Missy; as well as many other friends and family members who will cherish his memory.

In addition to his parents, Jerry is preceded in death by his siblings, William Hemsath, Wayne Hemsath, Ronald Hemsath, and Judy Mueller.

A visitation for Jerry will be held on Wednesday, December 29, 2021, from 4:00 PM until 6:00 PM at Chambers and Grubbs Funeral Home, 113852 Madison Pike Independence, KY 41015. A Mass of Christian Burial will be held on Thursday, December 30, 2021, at 9:00 AM at St. Cecilia Roman Catholic Church, 5313 Madison Pike Independence, KY 41015. Immediately following the mass, Jerry will be laid to rest in Floral Hills Memorial Gardens. Memorial donations can be made in Jerry’s name to the Alzheimer’s Association, https://act.alz.org/site/Donation.

To share a memory or to leave an online condolence for the family, please visit the tribute wall tab above.

To send flowers to the family or plant a tree in memory of Jerry Hemsath, please visit Tribute Store
Wednesday
29
December

Share Your Memory of
Jerry
Upload Your Memory View All Memories
Be the first to upload a memory!
Share A Memory
Send Flowers