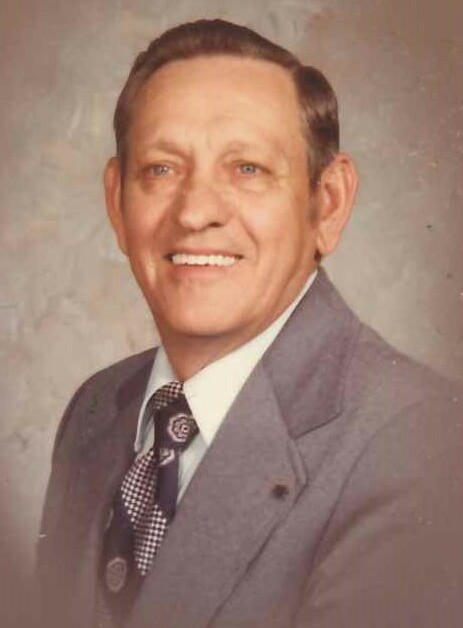 Please share a memory of Henry to include in a keepsake book for family and friends.
View Tribute Book

Henry Clay Bass passed away peacefully on Friday, January 28, 2022,at St. Elizabeth Hospice Care Center in Edgewood, KY at the glorious age of 98.  He was born the son of the late Pryor and Luzia Robinson Bass on May 14, 1923 in Decoursey, KY.

Henry proudly served in the United States Army and was a WWII veteran.  Later, he worked for L & N Railroad and for Newport Steel.  Eventually, he retired from General Electric as a Millwright.   He and his wife, Jessie, prior to her passing, enjoyed living in Florida, where they helped serve in a women’s prison ministry. Henry had served as a deacon at Hickory Grove Baptist Church and had a strong love for the Lord.  He was known for sharing that love and asking those he came into contact with “Do you know Jesus?”.

Henry was a part of the Boone County Senior Center, where he enjoyed playing euchre.  He also served as a Mason, enjoyed fishing, bowling and playing corn hole when he got the chance.  Henry is probably best known for his great talents in horseshoe pitching.  Henry gained the title of world champion horseshoe pitcher.  He had a passion for the sport and loved doing it.  Above all his hobbies though, Henry enjoyed spending time with his family.

Henry is preceded in death by his loving wife, Jessie Hensley Bass; son, Phil Bass and several brothers and sisters.

Those left to carry on Henry’s legacy are his three daughters, Jan (Al) Burden, Judy (Bill) Wells, Kay (Jim) Markesbery; seven grandchildren; and fourteen great-grandchildren who will miss him beyond measure.

Expressions of sympathy can be made in Henry’s name to Hickory Grove Baptist Church.

For directions, to view his life tribute video, or to share a fond memory of Henry or leave an online condolence for his family, please visit www.chambersandgrubbs.com.

To send flowers to the family or plant a tree in memory of Henry Bass, please visit Tribute Store
Print
Sunday
6
February