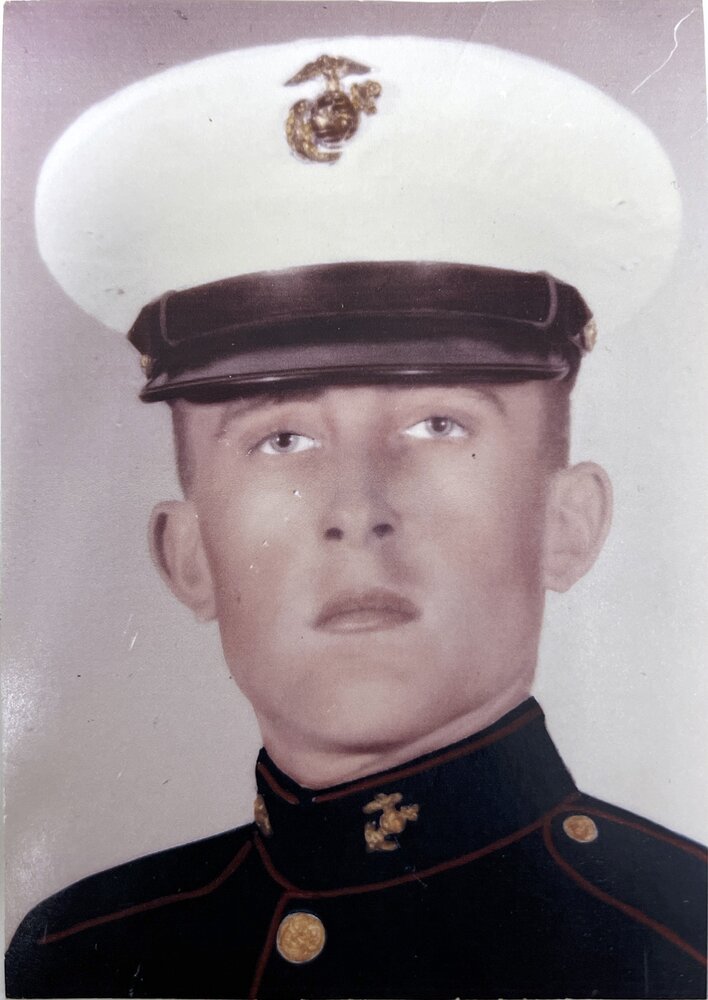 Please share a memory of Robert to include in a keepsake book for family and friends.
View Tribute Book

Robert John Gratriex, 81, passed away after a sudden illness at St. Elizabeth Healthcare, Edgewood, KY on Monday, April 25, 2022. He was born on August 31, 1940 to Theodore William Gratriex and Mary Magdalene (Linden) Gratriex in Dubuque, IA.

Robert served his country proudly as a Marine in the 3rd Marine Division as a Combat Engineer in Vietnam. He served multiple tours and was a Purple Heart Recipient. While stationed in Japan, he met and married Miyako Senju and had a daughter, Tabetha. After his time in the Corps, he attended trade school and honed his skills in the craft and maintenance of electronics. He worked for many years at Litton as an electronics technician. Following Miyako’s passing, he met and married Linda Bailey. For most of his life Robert called California home. Upon retirement, he and Linda moved to Independence, KY where he treasured his time being a husband, dad, grandpa, and a pal to his dog, Kris.

Robert was preceded in death by his parents, his first wife, and two brothers, William Gratriex and Theodore Gratriex.

Per Robert’s wishes, he will be cremated. No formal public services are scheduled at this time, but to share a photo or memory of Robert, or offer online condolences to the family, please visit the corresponding tabs on this page.