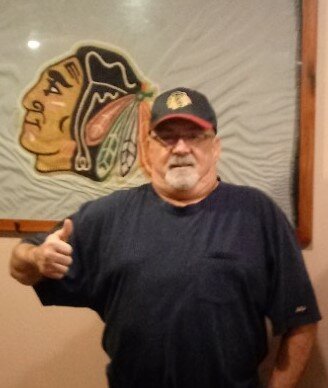 Please share a memory of Michael "Mike" to include in a keepsake book for family and friends.
View Tribute Book

Michael “Mike” Jon Lawson, 67, of Union, KY, passed away unexpectedly on Thursday, May 5, 2022, at St. Elizabeth Hospital in Florence. The son of the late Rita {Leutloff} and Garrett Lawson, Mike was born in Kankakee, Illinois on November 6, 1954.

Mike retired from Delta Airlines after 30 years of service. In his spare time, you would find Mike fishing, hunting, drinking and listening to music, playing his guitar and watching Chicago sports.

Mike was preceded in death by his parents and his sister Susan Lawson.

Visitation will be held between 2 and 4 p.m. on Saturday, May 14, 2022, at Chambers & Grubbs Funeral Home, 8461 Dixie Hwy Florence, KY 41042. Funeral services will follow immediately after visitation starting at 4 p.m. For directions or to leave an online condolence, please visit the corresponding tabs.

To send flowers to the family or plant a tree in memory of Michael "Mike" Lawson, please visit Tribute Store
Saturday
14
May