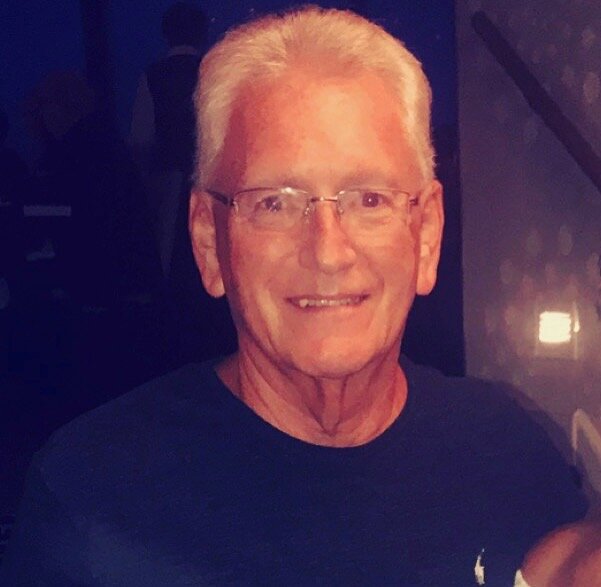 Please share a memory of David to include in a keepsake book for family and friends.
View Tribute Book

David Lee Cooper, age 75, of Florence, KY, peacefully passed away surrounded by his family, Friday, June 10, 2022, at his residence.  He was a retired Engineer for CSX Railroad and attended 7 Hills Church in Florence.  David enjoyed sports, especially basketball, soccer, ping pong, and anything UK.  As a young married man, he was even known to participate in games with the neighborhood kids, when he wasn’t working.  Later, he coached his daughters Booster sports teams until they reached high school.  His favorite thing though was spending time with his family, and he cherished the family vacations they would go on annually.  Preceding him in death were his parents, Ernest & Marie Cooper; and siblings, Bob Cooper, Charles Cooper, Kurt Cooper, Ernest “June” Cooper, Jr., Jackie Howard, Paul Cooper, and Franklin Cooper.  He is survived by his loving wife, of 53 years in August, Jennifer "Jenny" Meyer Cooper; daughters, Jennaka Dahms (Daniel) and Angie Wiedemann (Aaron); sister, Marilyn Vaughn, grandchildren, Jordan Dahms (Destany), Daniel Dahms (Georgia), Alexis Hammond, and Noah Hammond; and great grandchildren, Cooper Dahms and Violet Shaffer.  A graveside service will be held Wednesday, June 15, 2022, at 12 noon, at Floral Hills Cemetery, 5336 Old Taylor Mill Rd., Covington, KY 41015.  Chambers and Grubbs Funeral Home in Independence is coordinating services for the family.  Memorials, in memory of David, may be made to the Cooper family, c/o Chambers and Grubbs Funeral Home, 11382 Madison Pike, Independence, KY 41051.  To leave a condolence or memory for the family, please go to www.chambersandgrubbs.com.

To send flowers to the family or plant a tree in memory of David Cooper, please visit Tribute Store
Wednesday
15
June