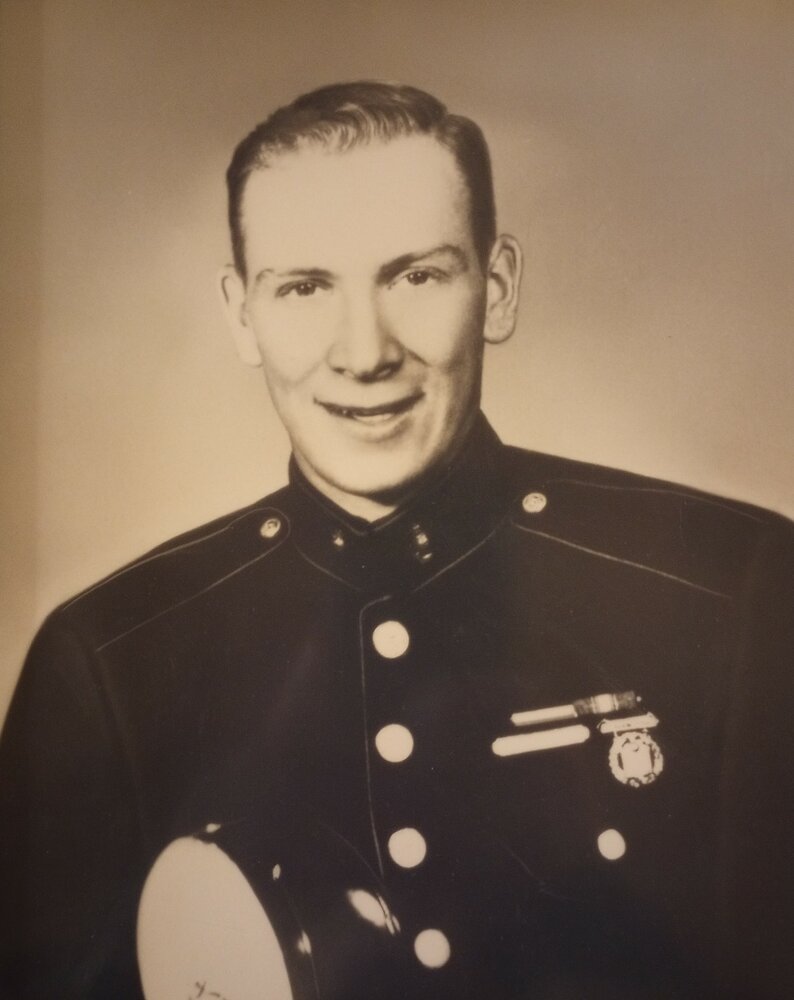 Please share a memory of David to include in a keepsake book for family and friends.
View Tribute Book

David Milton Damon, age 86, passed away peacefully enveloped in the love of family at the Ohio Veterans Home in Georgetown, OH on July 4, 2022.

David was born to George Alfred and Ellsie [Neihoff] Damon on September 5, 1935 in Independence, KY.  He was a veteran of the United States Marine Corps, serving to the rank of Sergeant.  His military service was something he remained rightfully proud of his entire life. David lived the motto of the Corps: “Once A Marine, Always A Marine.” After his military career, he worked and retired from the Kroger Company. Because David received the love of Jesus in his life, he was able to show that love to others. He was also a longtime member of the Optimist International Club, a club that reaches out to help the youth in the community. The Murray, KY chapter of the Optimist Club focused on youth in sports. As a basketball lover--this was a way David very much enjoyed being involved and giving back. David had a desire to serve those who couldn’t care for themselves. While residing in Murray, he actively helped the elderly by taking those unable to drive out to eat, to socialize, and to their doctor’s appointments.  David had many friends and enjoyed spending time getting together at the local diner. He was always happy to see you, had a great laugh and was very loving.  This was no more evident than in the adoration he expressed for his family.

David was preceded in death by his parents, his sister Marjorie Keeney and his brother Alfred Eugene Damon, better known to most as “Tadpole.”

A visitation will be held Saturday July 9, 2022  at Chambers and Grubbs Funeral Home, 11382 Madison Pike, Independence, KY 41051.  The family will receive guests from 10:00 AM to 12:00 PM.  A funeral service celebrating David’s life will follow directly after visitation at the funeral home at 12:00 PM.  David will then be laid to rest with military honors at Independence Cemetery, 5358 Madison Pike, Independence, KY 41051.  You can make a memorial donation to Disabled American Veterans in David’s name.

To share a memory or photo or to leave an online condolence for the family, please visit www.chambersandgrubbs.com.

To send flowers to the family or plant a tree in memory of David Damon, please visit Tribute Store
Print
Saturday
9
July