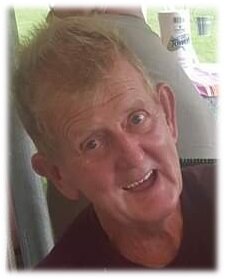 Please share a memory of Larry to include in a keepsake book for family and friends.
View Tribute Book

Larry worked as a millwright for D & D Industrial Contracting. In his spare time, he often enjoyed mowing his grass, tending to his garden and hunting. His greatest joy, however, came from spending time with his family who he cherished deeply.

Chambers & Grubbs Funeral Home in Florence, KY is assisting the family during this difficult time.

In lieu of flowers, expressions of sympathy in Larry’s name may be directed to the American Diabetes Association, P.O. Box 7023, Merrifield, VA 22116-7023. To leave a condolence message for the family or to share a fond memory of Larry, please visit the corresponding tabs on this page.

To send flowers to the family or plant a tree in memory of Larry Schulkers, please visit Tribute Store
Online Memory & Photo Sharing Event
Online Event
About this Event

Look inside to read what others have shared
Family and friends are coming together online to create a special keepsake. Every memory left on the online obituary will be automatically included in this book.
View Tribute Book
Services for Larry Schulkers
There are no events scheduled. You can still show your support by sending flowers directly to the family, or planting a memorial tree in memory of Larry Schulkers.
Visit the Tribute Store