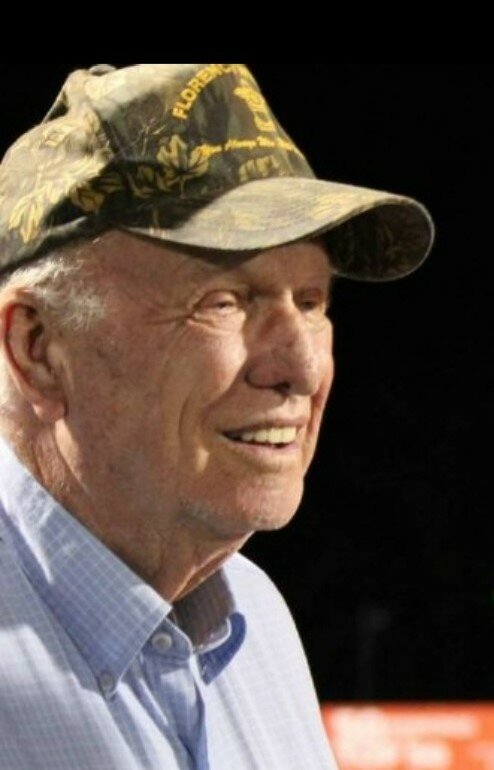 Please share a memory of Kenneth to include in a keepsake book for family and friends.
View Tribute Book

Enveloped in the love of family, Kenneth Lee Finnell was called home on November 7, 2022. He was 88 years old.

Born in Florence, KY on April 21, 1934, he was the son of George Mason Finnell, Sr. and Lena [Rapp] Finnell.  His family had emigrated from Germany long ago and he was raised on their dairy farm in Morning View. It was here where he learned what it meant to possess an ironclad work ethic.

After completing school, Kenneth was drafted in the United States Army. He proudly served his country during the Korean War as an Honor/Presidential Guard. He was proud to be part of the detail that guarded President Eisenhower. After his time in the service, Kenneth wanted to come home and settle down. He studied some at college, he began a life-long career in construction and excavation. Kenneth had the uncanny ability to not only build almost anything but he also often did so without formal plans—his ability to visualize and render directly from his mind were unparalleled. His family described him as “pretty much a civil engineer,” just without the fancy piece of paper to prove it.

He met Bernice Carroll. They courted and were engaged, then got married and began their family.  He and Bernice were members of Staffordsburg United Methodist and they raised their family in the church. Bernice and Kenneth’s love and devotion for one another lasted 60 years.

Kenneth didn’t live to work, but instead worked so that others could live. After co-owning his own construction company and maintaining a position as a superintendent with M&W Excavation, he finally retired at the age of 85. He began focusing on his family in other ways (particularly his grandkids and their sports) and his garden. When it’s said “they don’t make ‘em like they used to,” they’re talking about men like Kenneth. A spouse, dad, papa and friend—Kenneth will be greatly missed by many.

A visitation will be held at Chambers and Grubbs Funeral Home, 11382 Madison Pike, Independence, KY 41051 on Wednesday, November 9, 2022. You are invited to come and share remembrances and stories with the family from 5:00 PM – 8:00 PM. A funeral service will be held the following day, Thursday, November 10, 2022 at 11:00 AM (also at the funeral home). Directly following the funeral service, Kenneth will be laid to rest at Floral Hills Memorial Gardens, 5336 Old Taylor Mill Rd, Covington, KY 41015. Military honors will be rendered at the gravesite.  Please consider giving memorial donations to Shriner’s Hospital For Children.

To share an online condolence for the family or to share a memory or photo of Kenneth, please use the tabs on this page.

To send flowers to the family or plant a tree in memory of Kenneth Finnell, please visit Tribute Store
Print
Wednesday
9
November