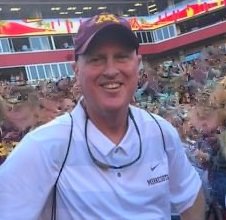 The funeral service will be held at 11:00 AM on Friday, July 16, 2021 at Christ Chapel Assembly of God, 3819 Turfway Rd., Erlanger, KY 41018. Pastor Terry Crigger of Christ Chapel will be officiating. Visitation will be held from 9:00 AM until 11:00 AM. Burial with full military honors will follow at Kentucky Veterans Cemetery North in Williamstown, KY. Funeral arrangements are being handled by Chambers & Grubbs Funeral Home in Florence, KY.

Ted was born in Hyden, KY on February 14, 1963. He graduated from Leslie County High School and received a Bachelor of Science Degree in Business from Eastern Kentucky University. He served in the U.S. Navy over a six-year period. Ted received the Navy Achievement Medal for professional achievement as Weapons Support Equipment Leading Petty Officer on board the USS Constellation (CV 64) from December 1988 through June 1989 while deployed to the Western Pacific and Indian Oceans. His superior technical expertise and training skills contributed significantly to the successful accomplishment of Constellation’s mission.

He was a highly successful sales representative for Ameriplan Insurance Company.

Ted coached all the sports his kids were involved in and spent avid time with them at sporting events. He enjoyed watching sports and was a dedicated “walker”. Ted was honored to be added to the Union Raider Hall of Fame , where he helped start the organization. He valued watching his sons play/coach football and his daughter play softball at Ryle High School. He was a valued member of the Ryle and Union communities. Ted was a member of Victory Assembly of God in Hazard, KY. He was very actively involved in Bible study and sharing the message of God’s love to everyone. His family was his life’s joy, and he was always involved in his children’s activities and sports events. He became a lifelong supporter of the University of Minnesota Golden Gophers in 2017 when his second son chose to attend there and continue as the starting quarterback.

Ted was preceded in death by his father, Gerald F. Morgan (Hyden, KY); maternal grandparents, Ted and Samantha (nee Huff) Wooton; and paternal grandparents, Roscoe and Opal Morgan. Memorial donations may be given to the Glioblastoma Foundation or to any Center for Brain Research. The family of Ted W. Morgan wishes to thank the St. Elizabeth Cancer Center and Dr. Curry and staff for their unfailing love and support through this journey as well as the support and love of family and friends.