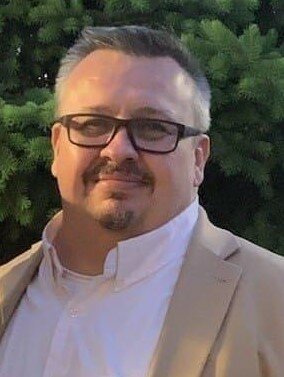 Darrin wore many hats, but none more important to him than “family man.”  He was devoted to the love of his life, Meredith, and their two wonderful daughters Emersyn and Delaney.  Darrin went to great lengths to ensure their happiness and that they experienced life to the fullest.  He was a tremendous source of pride for his late father Clark, and lovingly doted on by his mother Brenda and sister Stephanie.

Darrin was a captivating, larger than life soul who met few strangers during his life. His energy and enthusiasm were infectious to anyone he crossed paths with and his loving spirit is a continued presence to the loved ones who will always celebrate the free-hearted, loving nature that were his trademarks.  Darrin’s title “The Mayor of All Good Times” was deservedly bestowed upon him by his family and friends, as he was often the coordinator & storyteller of vacations, get-togethers, and getaways.

Darrin was extremely well-educated.  He received BA and MA degrees in English from Eastern Kentucky University and a Master of Accountancy and was working towards his Ed.D. in Educational Leadership from Northern Kentucky University.  Darrin served in many capacities including teacher, professor, advisor, and coordinator. Darrin’s roles in education made a memorable impact on the countless students and colleagues he encountered.  Fittingly, his legacy was never more evident than in the final moments of his life when a resident physician at the hospital credited Darrin’s influence & support of her becoming a physician.

We find comfort & peace knowing this man fought the good fight, he has finished the race, kept the faith and did not go gentle into that good night.

Services will be held at Trinity Episcopal Church in Covington, Kentucky on July 23, 2022, with visitation beginning at 9:30 a.m. followed by a worship service at 11:00 a.m.  The family is being served by Chambers and Grubbs Funeral Home.

En lieu of flowers or other expressions of sympathy, memorials may be made for an education fund for Emersyn & Delaney through U.S. Bank. The Venmo account is: Meredith McMillen @Darrin-daughters-2022.

To offer an online condolence to the family or view the Life Tribute video, please use the corresponding tabs on this page.

To send flowers to the family or plant a tree in memory of Darrin McMillen, please visit Tribute Store
Print
Saturday
23
July